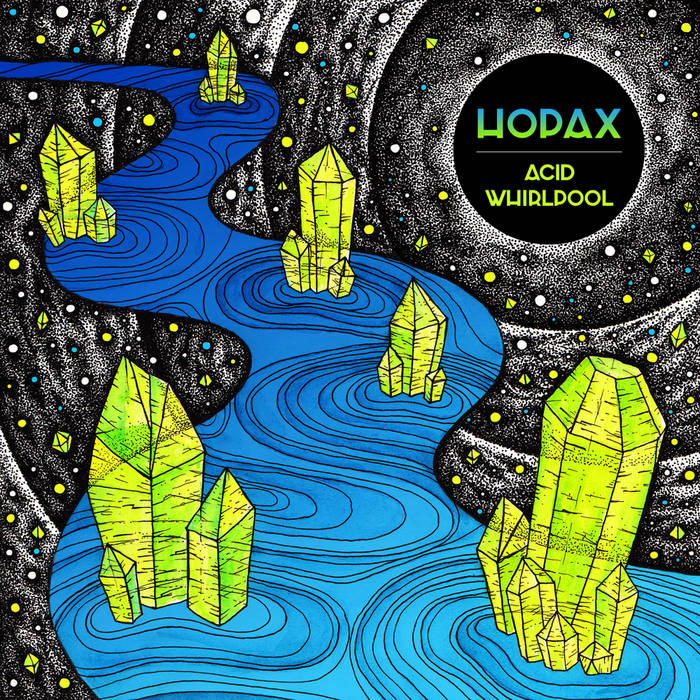 Sailing through our minds is not different than cruising through unknown waters or space. We will encounter ubiquitous patterns of whirlpools, waves and alike - sometimes wild, sometimes calm. Join the journey, dive ’n fly!

Hopax is Patrik Hollós is originally from Budapest, Hungary, currently residing in Turku, Finland. Inspired by space rock and forest trance he decided to start his own electronic music project in 2006. In the beginning he composed darker, swampy sounds, which slowly evolved to a more balanced, yet free form soundscape, often reaching back to acid or early suomisaundi and 8-bit atmosphere with the aim to keep it psychedelic. The project is not dedicated entirely to trance, a wide scale is kept from experimental ambient to jazzish chill-out music. He started to perform since 2008 with live and dj-sets both in Hungary and abroad, playing at small forest and warehouse parties or large international festivals like Transylvania Calling or Yaga Gathering. In 2009-2010 he had regular chill-out dj nights at InverziUm Tea & Coffee, Budapest. Recently, he launched a side-project called Krautlaika, which is dedicated to live and improvised electronic music without the use of computer softwares. After numerous home and promo releases, his first full-length album called ‘Acid Whirpool’ is being released at Random Records, including eight tracks made in the past five years compiled into an acidic sea-voyage.

Money raised with this album will go to the N.G.O. Survival International , specifically to their project helping Khanty indigenous people:
www.survivalinternational.org/tribes/khanty